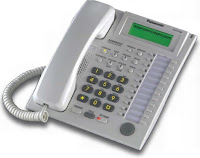 Well we came back on line at the Dabcec Offices fully on Monday of this week but there was no time to up date the blog until today as I was away for 2 days at a Conference and did not have access to the web. We are now so reliant on this new technology for modern day communications that when we lose internet connection or don't have access to the technology then we feel at a loss. It was interesting today to hold discussions in the office with a social networking communications academic who is helping us think about social communications in the Diocese. We have to make best use of all these communication tools as the Pope will remind us in his next World Communications Day message in 2009.
Ultimately the truth is, of course, that useful as all this new technology is, nevertheless as we approach Advent we are reminded of something greater, the ongoing communication of God in history and most especially in the incarnation of Jesus Christ, the Word made flesh. It is a communication that reaches across time and space and calls us to something deeper than merely a 'facebook' relationship with God and each other. It is a relationship where to paraphase the motto of Servant of God, John Henry Newman (see picture below), heart must speak to heart. Our communications whether new or old must echo this and try to offer something deeper rather than something superficial. The statement on next year's World Communications Day reminds that we must develop this in the 'new environment and new culture' of the modern media.

Busy Line or rather No Line! 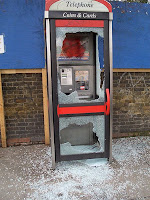 A slight disaster has struck the Diocesan Education Centre, where the Communications Office is based, when we lost our internet connection last Friday afternoon. It has meant no emails and no access to the Diocesan website and this blog since last Friday. It appears we will be without internet until at least next Wednesday 26 November so there will be only a few enteries on the blog over the next few days through access elsewhere.
It also means that although emails can now be accessed remotely we may have lost some emails and so if you think you sent one and have not received a reply then it is probably best to ring at least for the next week. The telephone number for the centre is 01293 515666 and then follow the instructions to reach the person you need. The Communications Office can be contacted directly on 01293 651170.
Please be patient and bear with us. Technology is wonderful but then again ...
'The Lion of the tribe of Judah, the Root of David, has triumphed, and he will open the scroll'
(Rev 5:5)

You are a Priest Forever

This will be the only entry this week on the blog as I will be joining four friends on Wednesday who are all celebrating 20 years of priesthood. A fifth is unable to attend as he has just become an American citizen and he not yet got the official permission to travel. In an age when impermance and perserverance seems the norm it is encouraging that these five have each served the Lord in twenty years of priesthood. They are certainly an inspiration to me in my marriage and diaconate.

Then as now the Lord continues to call people to realize their vocations to the priesthood, religous life, diaconate and other forms of life. Individuals just need to hear and listen to the call and we as a Church need to promote vocations to all including the priesthood. It is good news that the Bishops' Conference has raised additional funds of £8 million of which some will be supporting the ongoing and expanding work of the National Office for Vocations.
In our own diocese we recently held a Discovering Priesthood Day jointly with Southwark

Archdiocese when a number of young men from both dioceses meet to get an idea about life in seminary but more importantly about priestly life. In the picture our Vocations Director Fr Paul Turner is shown next to those who joined them for the day. For more information about the day then visit the Southwark Vocations Blog and our own Arundel & Brighton Vocations Website.
This is not to forget other vocations including married life, religious life and the diaconate and so on which also feature on the National Vocations website. Some such as married life has also received funding from the Bishops' Conference.
'God’s grace has been revealed, and it has made salvation possible for the whole human race and taught us that what we have to do is to give up everything that does not lead to God, and all our worldly ambitions'
(Titus 2)
Posted by AB News Blog at 10:00 No comments:

It's Time to Congo!

Yesterday's blog was about the necessity of doing Justice and Peace as a basis element of our Catholic faith and there is a real need for us to do that through charitable giving to the crisis in the Congo. CAFOD has launched a £1 million pound appeal to support emergency relief in the eastern Congo.
They are asking parishes to hold an emergency appeal if possible. Next weekend and the weekend after there are designated collections but not this weekend. They are also asking individuals to give generously in a mass mail out.
CAFOD is probably one of the best placed organisations to help in this area of the Congo through Caritas Internationalis, the international federation of Catholic agencies and also through exisitng partners such as Caritas Goma, the local diocesan aid agency. Please give generously!

'My brothers and dear friends, do not give way but remain faithful in the Lord' (Philippians 4:1)
Posted by AB News Blog at 11:29 No comments:

Earlier enteries in the blog refer to the Bishops' Synod on the 'Word of God' which has just come to a close in Rome. We await a post-Synodial Apostolic Exhortation - a personal written summary and reflection drawn up by Pope Benedict from all the inputs and recommendations from the Bishops. At the same time we are also awaiting an Encyclical, a papal letter from Pope Benedict on social justice. Undoubtedly both documents will be well worth reading when they emerge either on the Vatican website or in hard copy from the Catholic Truth Society.

An earlier Synod on 'Justice in the World' reminded Catholics that "action on behalf of justice and participation in the transformation of the world fully appear to us as a constitutive dimension of the preaching of the Gospel, or, in other words, of the Church's mission for the redemption of the human race and its liberation from every oppressive situation." (n.6)
Such bold statements do, of course, require that individuals and local Church communities actually make this a reality. There are some who stand out and in English Martyrs, Goring next

week they will be celebrating the funeral of Doris Hayes who during her life was a great supporter of justice and peace through her work with many organisations including CAFOD and Action by Christians Against Torture (ACAT) - this latter organisation is a good alternative for those of us unhappy with Amnesty International's current stance on abortion.
Doris continued to write letters on behalf of ACAT well into old age until failing sight eventually prevented her. Please pray that she may rest in peace and that we might like her make action for justice a fundamental part of our Christian life.
'I believe nothing can happen that will outweigh the supreme advantage of knowing Christ Jesus my Lord.' (Philippians 3:8)
Posted by AB News Blog at 14:06 No comments:

Email ThisBlogThis!Share to TwitterShare to FacebookShare to Pinterest
Labels: Action by Christians against Torture, bishops synod, CAFOD, justice and peace

He's a Spaceman and He's in Surrey

This coming Saturday, 8th November, the parish of Christ the Prince of Peace, Weybridge, Surrey welcomes Br. Guy Consolmagno, SJ an astronomer who works for the Vatican Observatory . He will be making a series of presentations to parishioners and others on ‘Finding God in Space’ starting at 11.15am in the parish hall. Anyone is welcome to attend.

It is obviously exciting for the parish to have Guy come and speak to them as Guy, who is a member of the Jesuit order, is amongst other things the curator of the Vatican meteorite collection in Castel Gandolfo near Rome, Italy. His work focuses on the links between asteroids and meteorites, and the origins and evolution of small bodies in the solar system. He believes in the need for science and religion to work alongside one another rather than as competing ideologies.

Castel Gandolfo has been the Headquarters of the Vatican Observatory since 1930s but it was preceded by several earlier Observatories in Rome, the first being in 16th Century. It is one of the oldest continuous astronomical institutes in the world. Since 1981 a sister Observatory has operated in Tucson, Arizona, USA because of the brightening skies over Castel Gandolfo.

Guy is the author of several popular astronomy books including 'Intelligent Life in the Universe? Catholic belief and the search for extraterrestrial intelligent life'. (Catholic Truth Society) as well as the BBC radio series ‘A Brief History of the End of Everything’.

There was also a celebration of another Jesuit recently in Hastings who also saw the links between the cosmos and faith. This was Fr Pierre Teilhard de Chardin SJ who spent some of his Jesuit training in Hastings, in exile from the French anti-clerical government of the time. A blue plaque (see left) was recently dedicated to him there by the local council and the Teilhard de Chardin Society. His most famous books printed posthumously are perhaps 'The Phenomenon of Man' and 'The Divine Milieu'. His work was and is controversial and some of his theories were condemned by the then Holy Office in 1962. This is still the official Church view, though he was warmly appreciated on the hundredth anniversary of his birth in 1981 in the Vatican Newspaper, Osservatore Romano by Cardinal Casoroli. Indeed some theologians such as Henri de Lubac SJ have written works in support of him. He certainly provokes debate. A very interesting article on him and his theology can, of course, be found on Wikipedia

Praise God in his holy place,
praise him in his might heavens.
Praise him for his powerful deeds,
praise his surpassing greatness.
(Psalm 150)
Posted by AB News Blog at 16:28 1 comment: