The Catholic Communications Network have sent me this news release about the Pope's new venture onto the internet which I thought was worth reprinting:

"You will find below the Holy Father, Pope Benedict XVI’s Message for World Communications Day 2009. The release of this message coincides with the launch of the Vatican’s new youtube channel www.youtube.com/vatican. (Over 10,000 people have already subscribed to the new channel!)
World Communications Day is a celebration of global social communications and was born out of the Second Vatican Council in 1963 (Inter Mirifica). It will be celebrated on 31 May 2009. This year’s message is being communicated virally to young people across the world. The Holy Father invites young people in particular “to introduce into the culture of this new environment of communications and information technology the values on which you have built your lives”.
http://www.catholicchurch.org.uk/ccb/catholic_church/media_centre2/world_communications_day/world_communications_day_2009
Father Robert King, Catholic Chaplain at the University of Bristol and a regular on radio programmes and other media welcomed the new YouTube channel. He said: “Throughout the ages the Church has responded to the call to be the prophetic voice of Christ by using the media of each generation and culture. From apostolic times to today, the Church has been bold and innovative in proclaiming the Gospel. “At a time of mass communications, the possibilities are many. Pope Benedict’s use of YouTube and his call to announce the Gospel with enthusiasm reflects the Church’s continued engagement with the world in proclaiming the good news of Jesus Christ.”
The theme chosen for this year's message is 'New Technologies, New Relationships: Promoting a culture of Respect, Dialogue and Friendship'. In this message the Pope Benedict says "The new digital technologies are, indeed, bringing about fundamental shifts in patterns of communication and human relationships. These changes are particularly evident among those young people ... In this year’s message, I am conscious of those who constitute the so-called digital generation and I would like to share with them, in particular, some ideas concerning the extraordinary potential of the new technologies, if they are used to promote human understanding and solidarity. These technologies are truly a gift to humanity and we must endeavour to ensure that the benefits they offer are put at the service of all human individuals and communities, especially those who are most disadvantaged and vulnerable."
Amen to that and I hope in this diocese we will continue to use these techologies as a gift both in sharing the Good News with all and at the service of all humanity especially the poor and the marginalised.
Speak, Lord your servant is listening: you have the message of eternal life. Alleluia!
Posted by AB News Blog at 11:34 No comments:

Praying as a Family - Home is a Holy Place 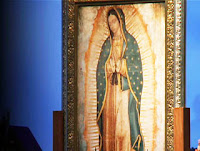 The 6th World Meeting of Families organised by Catholic Church worldwide has just come to an end in Mexico at the weekend. This takes place every 3 years just like the recent World Youth Day in Sydney. Pope Benedict did not however attend this meeting but nevertheless gave an address via video link. His address focused on many things concerning the family but he encouraged them especially to find sanctity in the day to day mess of their family lives. (The picture above shows Our Lady of Guadalupe, patroness of Mexico)

He said "This World Meeting of Families has aimed to encourage Christian homes so that their members be free persons, rich in human and Gospel values, on the way toward sanctity, which is the best service that Christians can offer today's society ... How beautiful it is to gather as a family to allow God to speak to the hearts of the members through his living and effective Word. In prayer, especially with the praying of the rosary, as was done yesterday, the family contemplates the mysteries of the life of Jesus, interiorizes the values that it meditates and feels called to incarnate them in their lives."

This resonates closely with the national programme for England and Wales 'Home is a Holy Place' supported by the Marriage and Family Life team in this diocese. The programme is about seeing, knowing and responding to God's presence at home in our families, in the ordinary events of our daily lives. In a sense to reclaim the home as a place were God is present and that God is not just for the church building or the school but for the 'little church' of the family. For anybody wanting to know more about this programme and other work of the Marriage and Family Life team in the diocese contact Liz James on 01293 651152 or email: liz.james@dabnet.org

"You, God has made members of Christ Jesus and by God's doing he has become our wisdom, and our virture and our holiness, and our freedom." (1Cor 1:30) 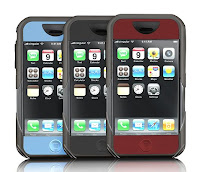 The latest electronic prayer aid to be launched is a new iBreviary to be used with an iPhone. The iBreviary, which was approved by the Vatican Council for Social Communications just before Christmas, is now available from iTunes in English, Spanish, French, Latin and Italian. The iBreviary, which has been devised by Fr Paolo Padrini, includes not only the Divine Office, a series of psalms, Scripture readings and prayers for each day but also the daily Scriputre readings for daily Mass. It is easy to use, so I am told, and can be downloaded from iTunes for 79Eu Cents. Father Paolo runs a popular website called Passi nel deserto ('Steps in the desert'). All profits are going to charity. Fr Paolo is also setting up a digital Breviary page on Facebook - called 'Praybook'.
It would be good to hear from anybody who has used the iBreviary.

There are of course a number of websites which offer access to some set of daily prayers such as Unversalis which offers the same as the iBreviary in terms of the Divine Office and Mass. You can also view this site via the widget on the right of this blog. Other websites are the Jesuit site Pray-as-you-go which offers a set of daily prayers you can download to you MP3 or the Irish site Sacred Space which gets you to pray at your computer.
It is good to see that new technology is being used to support prayer and our faith in God. If you have any other useful sites that you find useful do share the information.

Email ThisBlogThis!Share to TwitterShare to FacebookShare to Pinterest
Labels: prayer

All Hands Back to the Plough 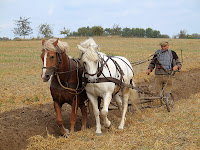 Although the offices were open last week, most of us from DABCEC, the diocesan education centre were in Eastbourne for a Southern Province conference for schools and pastoral teams. For that reason it is only today Plough Monday, the traditional medieval day for a return to work after the Christmas festivities that I am able to update the blog.
At the beginning of this New Year the situation in Gaza comes to the front and a real concern for innocent civilians on either side is to be found in the statements of both the Pope and from our own Bishops' Conference who are currently in the Middle East. Above all as we approach Peace Sunday, this coming weekend our hope and prayer must be for a negotiated truce so that those who are suffering, and who are disproportionately Palestinian civilians, can begin to rebuild their lives.