We're All Going on a Summer Holiday! 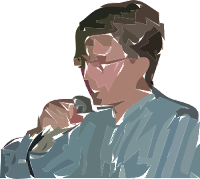 So sang Cliff Richard and the Shadows in 1960's in the film of the same name. Over 40 years later they are just about to release a new single called Singing the Blues from his new album Reunited. The song was played for the first time on Radio 2 this morning by 'Veteran' Broadcaster, Terry Wogan. 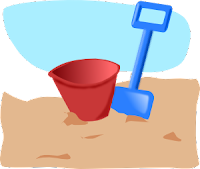 You can tell it is holiday time and that news enters the silly season. The Pope, Vatican, Bishops, World Leaders and MPs are on holiday so there is nothing too serious to write about. Indeed the Christian Education Centre where the office is based is quiet as many people who work here are on holiday.
Silliness aside I was interested to read the other day that The Pope is going to 'cut' an album. News reports sate that "The voice of Pope Benedict XVI is to feature on an album of religious chants, prayers and classical music to be released later this year in time for Christmas, a British-based record company said Friday.
The German-born Pope, 82, will be heard speaking and singing in Latin, Italian, Portuguese, French and German, according to record label Geffen UK/Universal. The album, to be released with the Pope's blessing on November 30, will feature a blend of Lauretan Litanies and Marian popular chants with eight original pieces of modern classical music. It will feature Pope Benedict reciting and singing passages and prayers, accompanied by the Choir of the Philharmonic Academy of Rome, and recorded in St Peter's Basilica in Rome.
Britain's Royal Philharmonic Orchestra is recording the contemporary classical compositions at London's Abbey Road studios, of Beatles' fame. The Pope will not be travelling to Britain for the recording. "

The question everybody is asking who will be the no. 1 single/album at Christmas - Cliff or Benedict!
'Come to me, all you who labour and are overburdened, and I will give you rest.' (Mt 11:29)
Posted by AB News Blog at 16:46 No comments: