The Human Cost of the Church's Mission Across the World 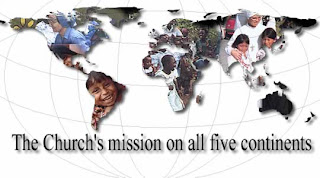 Fides News Agency reports on the pastoral workers, Bishops, Priests, Men and Women Religious and Lay Cathoic killed in 2011:
Vatican City (Agenzia Fides) - Once again this year, Fides publishes an annual document of all the pastoral workers who lost their lives in a violent manner over the course of the last 12 months. According to information in our possession, during 2011, 26 pastoral care workers were killed: one more than the previous year: 18 priests, 4 religious sisters, 4 lay people.

For the third consecutive year, the place most affected, with an extremely elevated number of pastoral workers killed is AMERICA, bathed with the blood of 13 priests and 2 lay persons. Following is AFRICA, where 6 pastoral workers were killed: 2 priests, 3 religious sisters,1 lay person. ASIA, where 2 priests, 1 religious sister, 1 lay person were killed. The least affected was EUROPE, where one priest was killed.